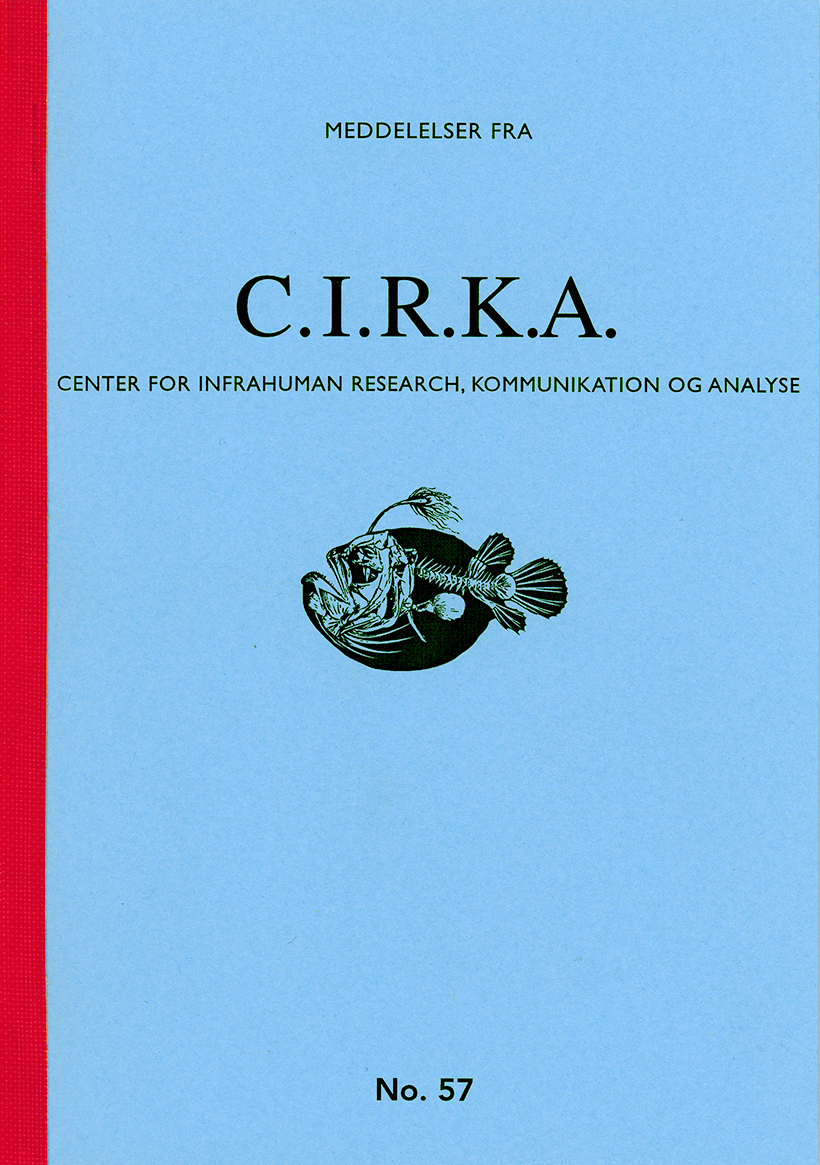 Press release: “After applying for participation and subsequently being refused by the Galathea Expedition 3 (departing from Copenhagen in 2006), other state funding agencies became aware of the Centers existence. Consequently, the Centre was asked to disseminate the scientific research that the Center has collected during its existence.

This booklet contains a variety of the Center’s experiments and findings - and the research team hopes that the release of this publication constitutes a kind of stocktaking, so that they can return to the lab and concentrate on their work in a very near future.”

This booklet is a follow-up on “På talefod med dyrene” from the poetry festival "Verbale pupiller". The publication collects the results of an experimental setup shown at the festival.