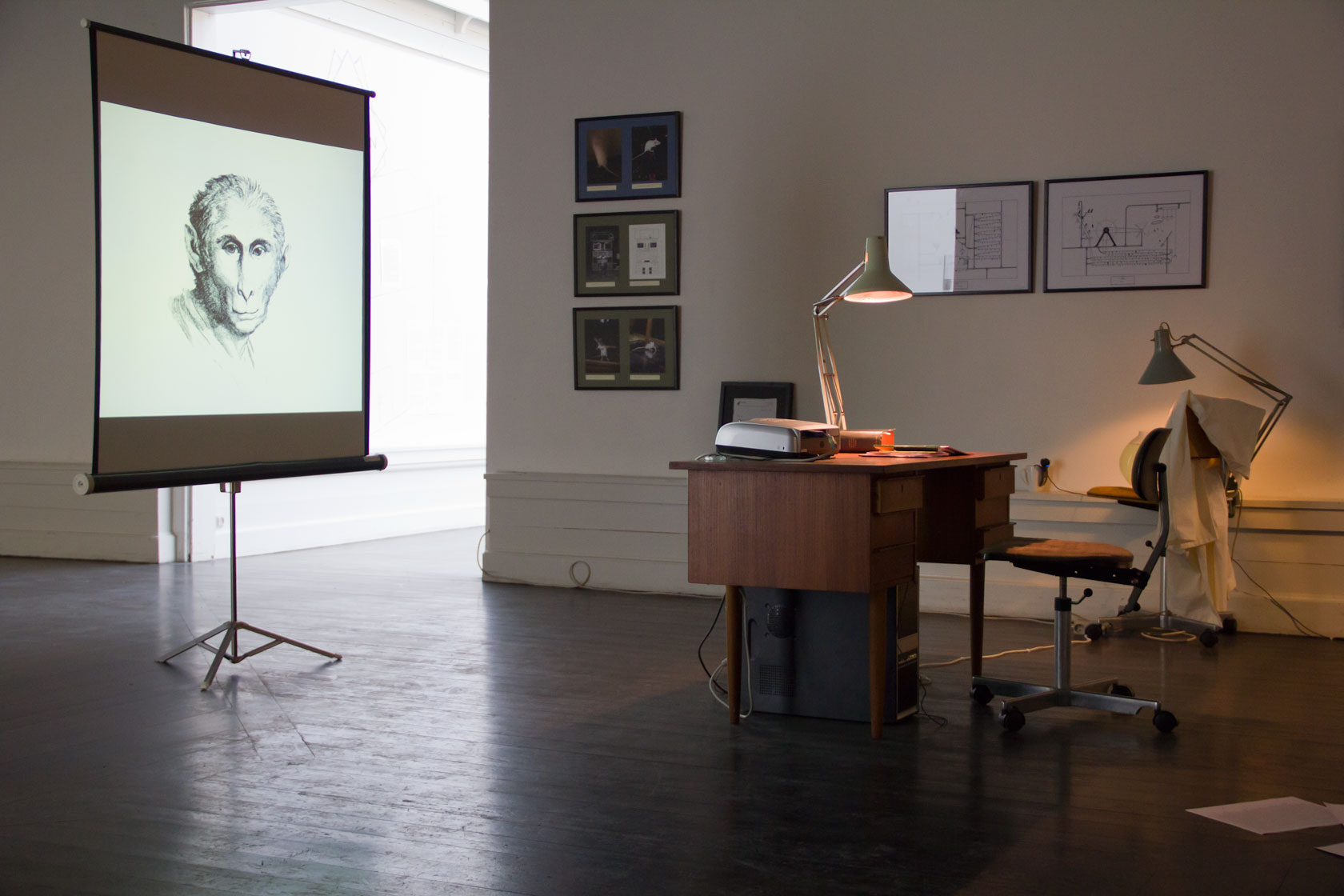 The installation was shown at “Koh-i-Noor”, Den Frie Udstillingsbygning 7.-30. jan 2011 in Copenhagen, Denmark.

Press release: “Theoretically, it is possible to construct, not only all existing texts in the world, but also future, not yet existing texts, and the same existing and non-existing texts’ faulty versions, and their apocryphal versions, simply by putting together the characters of the Latin alphabet - space, comma, period, A, B, C, et cetera. With the help of a computer-generated ape machine, C.I.R.K.A. tries, with random combinations of the latin alphabet, to verify the idiom ‘a monkey hitting keys at random on a typewriter keyboard for an infinite amount of time, will at some point type the complete works of William Shakespeare.’

In Experiment No. 137C the ape machine produces an ever-growing amount of potential text, that subsequently is ready for comparative studies with the world's existing texts and speculations about future texts."

The work is made in collaboration with artist Lasse Krog Møller and is funded by the Danish Arts Council. The publications are funded by the municipality of Aarhus. 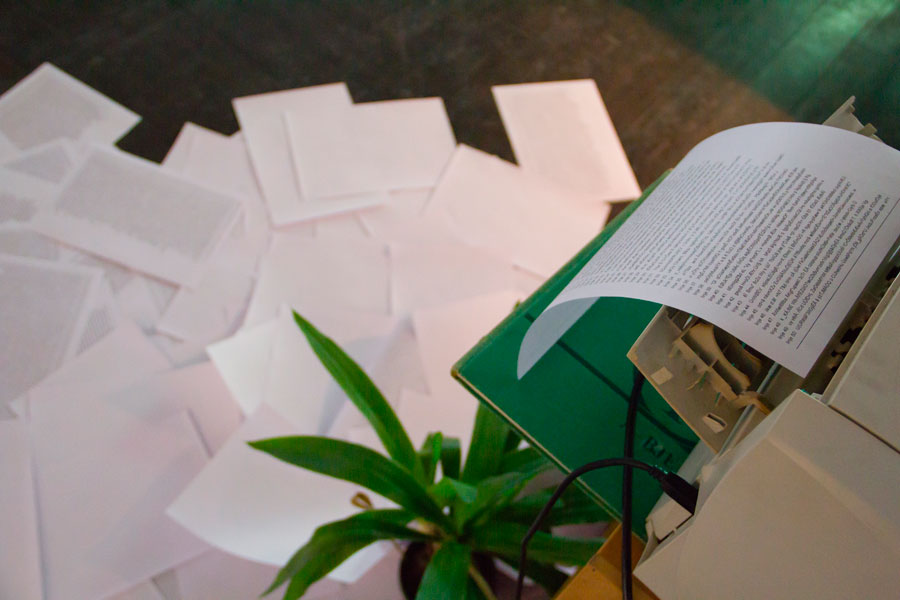 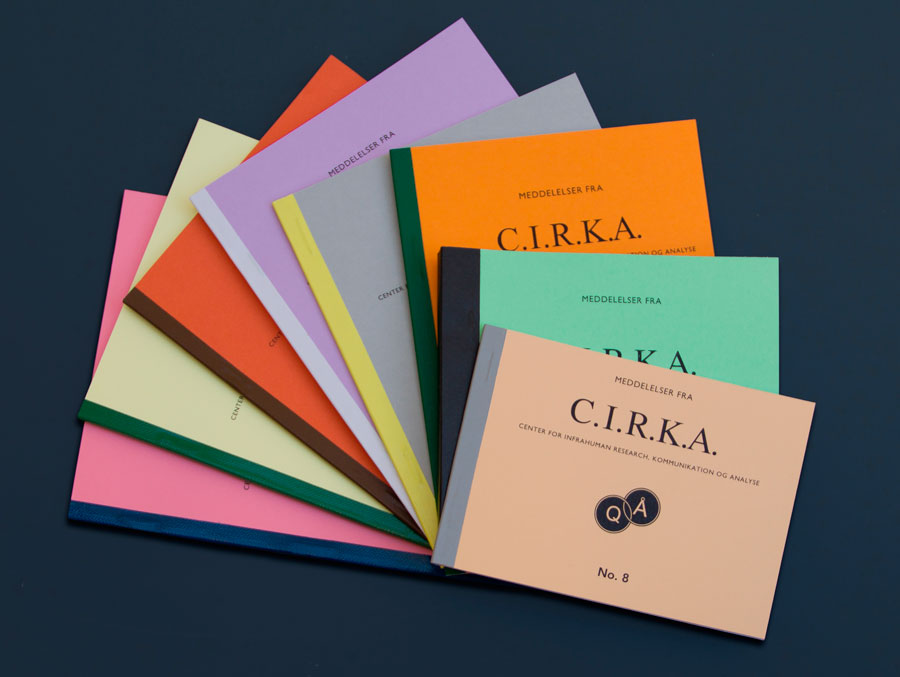 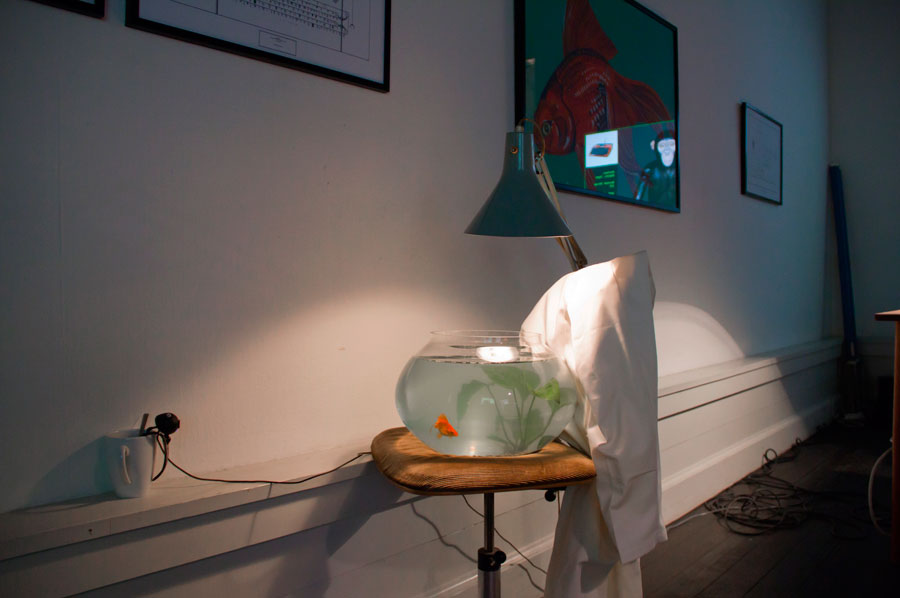 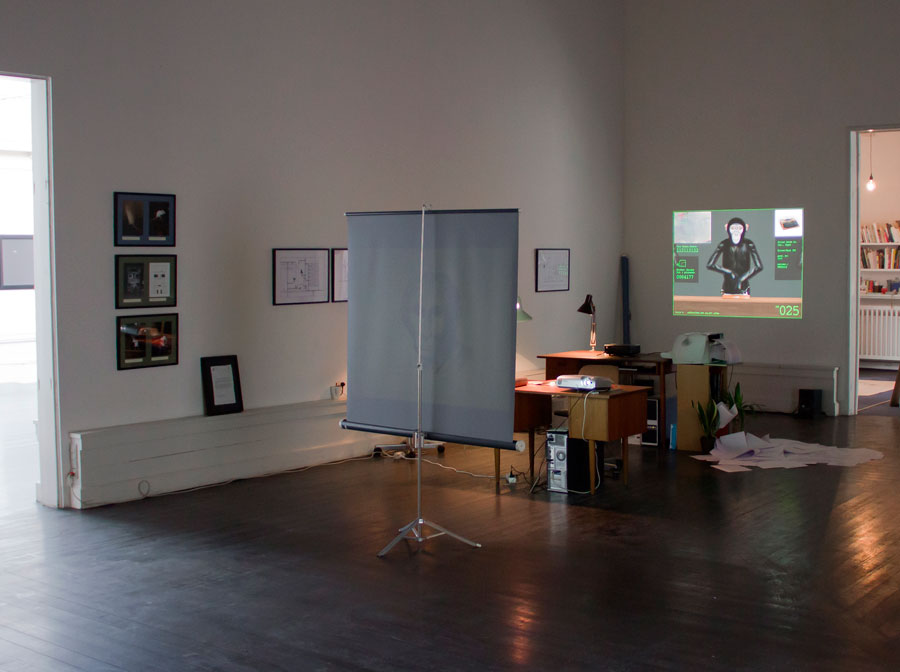