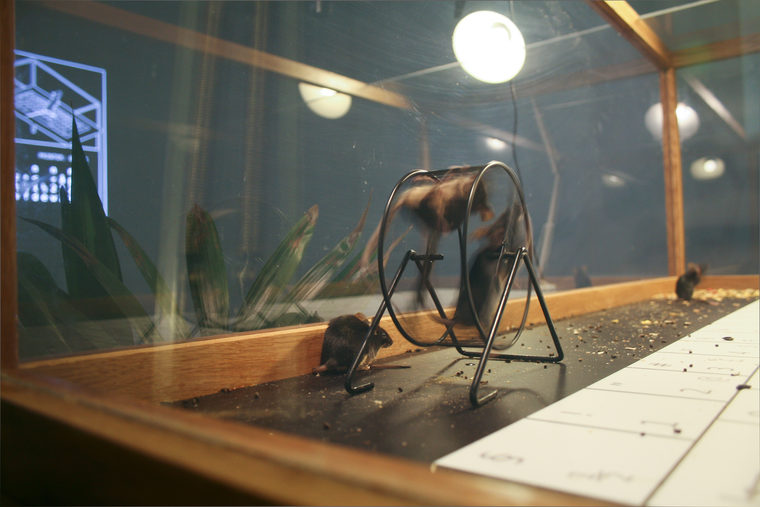 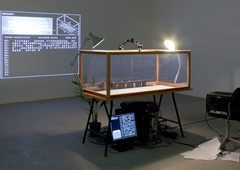 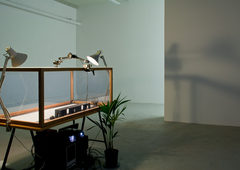 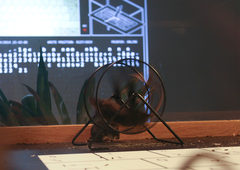 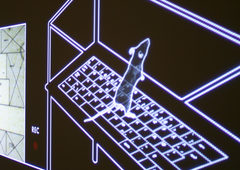 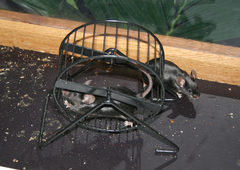 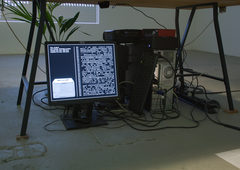 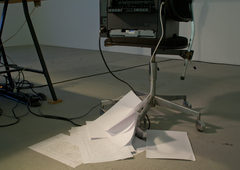 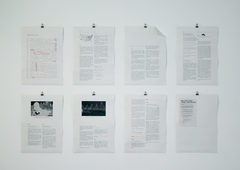 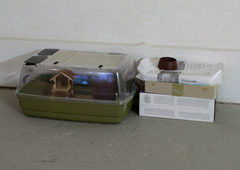 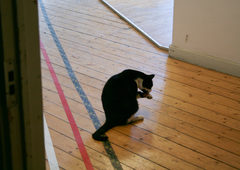 Information technologist Ted Nelson wrote in 1974: “Man has created the myth of the computer in his own image, or at least one of them: Cold, immaculate, sterile, “scientific”, oppressive. Some people flee this image. Others, drawn toward it, have joined the cold-sterile-oppressive cult, and propagate it like a faith. Many are still about this mischief, making people do things rigidly and saying it’s the computer’s fault.
Still others see computers for what they really are: versatile gizmos which may be turned to any purpose, in any style. And so a wealth of new styles and human purposes are being proposed and tried, each proponent propounding his own dream in his own very personal way …”

The exhibition’s principal work is a machine to surf the internet with. This machine is a variation of the personal computer’s classic point-and-click user interface, but it is built with the purpose of writing on itself. Out of this generative machine comes an encrypted text, the reading of which is used as a bearing in an expedition across the most common indexations of the web. The symbolic mechanism of the work is used to investigate the meanings that may form in the abstract layers between the metaphorical desktop, the code and the hardware. The focal point is the web’s history and archive.

Supported by Statens Kunstråd and Kulturudviklingspuljen, The Municipality of Aarhus.