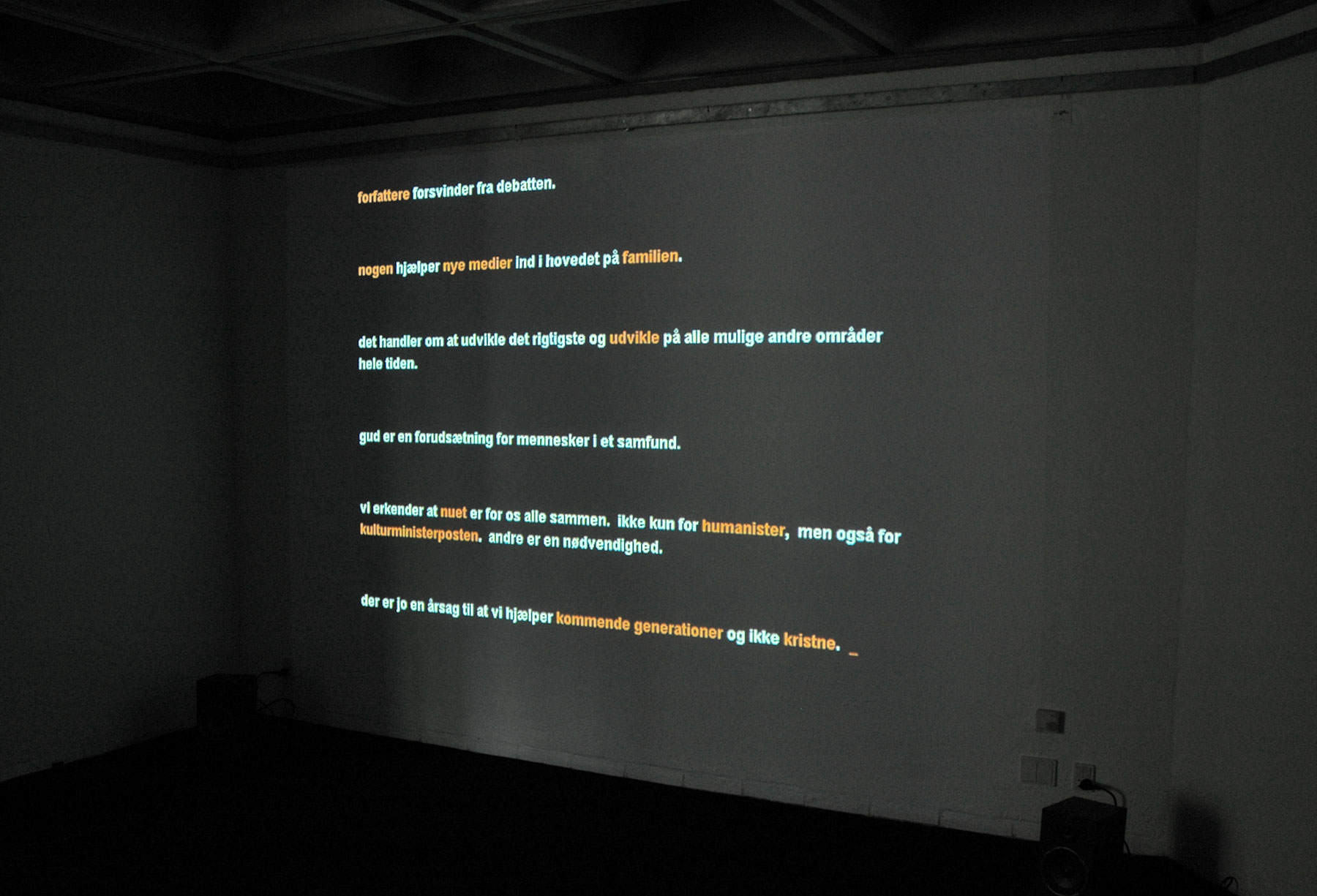 "Anders Visti takes the political Danish context, and more specifically, the minister of culture Brian Mikkelsen as a material for his work. Visti has sampled a large number of Brian Mikkelsens words and phrases and has made a computerprogramme, that builds new statements and random suggestions about danish culture, using these samples. With this formulation, Anders Visti manages to dissolve the mechanisms of Brian Mikkelsen´s canon for danish culture, and at the same time he reveals how Mikkelsen´s discourse depends on truisms, which hide substantial content."
Montse Badia, curator of "Afgang 06"